A Family Divided – The Atholls and The Jacobite Risings

Our new Jacobite Exhibition reflects the trials and tribulations the Atholl family and Blair Castle endured during the Jacobite rebellion.

From the Battle of Killiecrankie in 1689 and Bonnie Dundee’s death to the final battle of Culloden, we see how a family was politically and physically divided for over 60 years.

The Jacobite attempts to restore the Stuart monarchy in the first half of the 18th century led to a dangerous period of intrigue and plots. Members of the Atholl family supported different sides of the political divide: father opposed son and brother fought brother.

The artefacts, plans, and documents in the exhibition will help explain and bring to life the story of the family. John, 1st Duke of Atholl, and his second son remained loyal to the Government, but suspicion remained regarding the family’s allegiance given that three of the Duke’s sons were at the heart of the Jacobite uprisings. William the Duke’s heir was disinherited and fled to France after the failed uprising of 1715 along with his brother George.  The third brother Charles was captured at Preston; however, the Duke was able to secure a pardon for Charles and George. With the death of the first Duke, his second son James inherited the title becoming the 2nd Duke of Atholl.

Lord George returned to Scotland, but William remained exiled in France only to return in 1745 with Bonnie Prince Charlie. William did not accept his disinheritance and was often referred to as the Jacobite Duke; he travelled with Bonnie Prince Charlie to Blair Castle, raising an army as they went. Lord George rejoined the Jacobite cause well aware that it may cost him his life which he notes in a letter to his brother James.

The exhibition goes on to explain how the castle was besieged by Lord George and only saved due to his withdrawal from the Battle of Culloden. Finally, looking at the aftermath of Culloden, how the political and social landscape changed for the family, and how they emerged united.

Pictured below are a few items from the exhibition, a Jacobite ticket used to access secret meetings note the tiny handwritten names of fallen Jacobites.

A rarely seen ivory sight compass dating from 1745 previously having belonged to Bonnie Prince Charlie and still in working order. Bonnie Prince Charlie stayed at the castle at the end of August 1745. The set of bagpipes dating from the early 18th century, with a silver sleeve on the chanter inscribed in Gaelic and English ‘These pipes belonged to John McGregor, piper to the Duke of Atholl, played in the Battles of Prince Charles Stuart’s Army in 1745-6.

The Castle and Gardens

Alongside visiting the Exhibition, Blair Castle has been the home of the Atholl family for over seven centuries. The castle has had a diverse history, witnessing both turbulent and peaceful times, enlarged and adapted over 700 years to suit the needs of the family and style of the day. Home to politicians, soldiers, agriculturalists, and entrepreneurs, the family history is brought to life against a backdrop of fine 18th century interiors and Scottish baronial architecture, in 30 rooms. 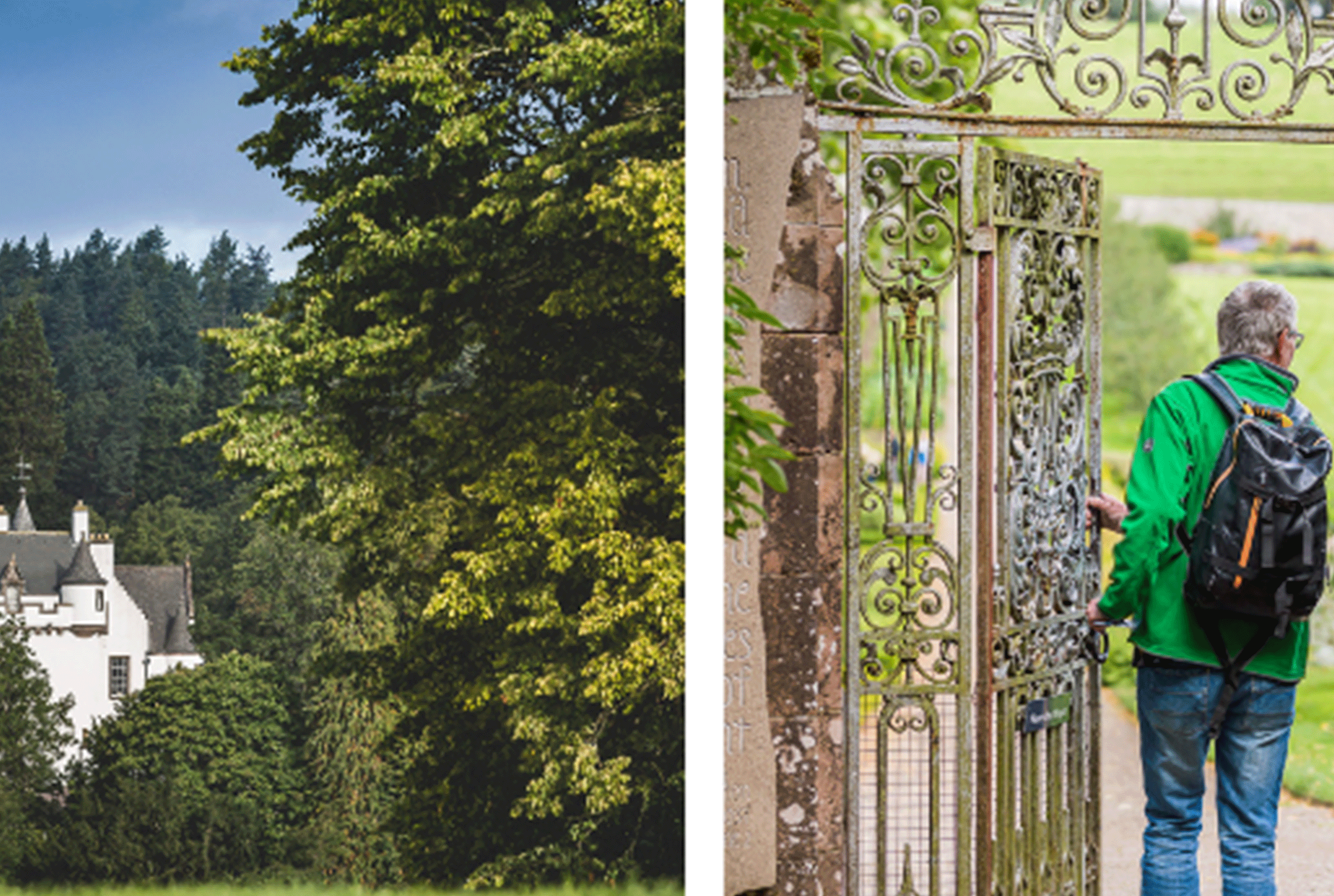